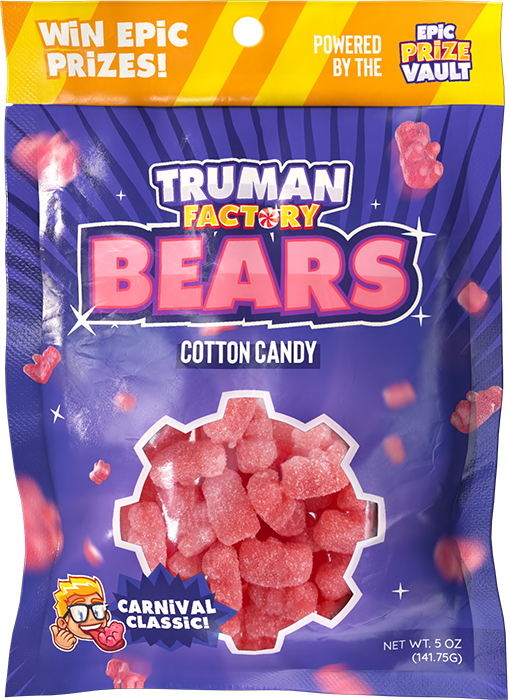 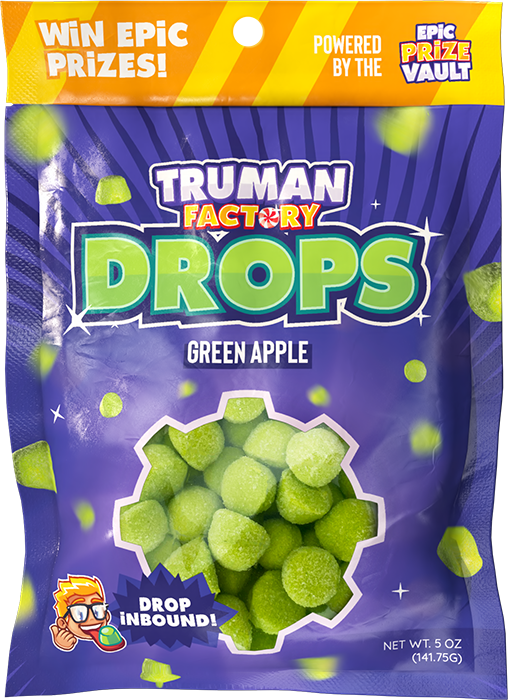 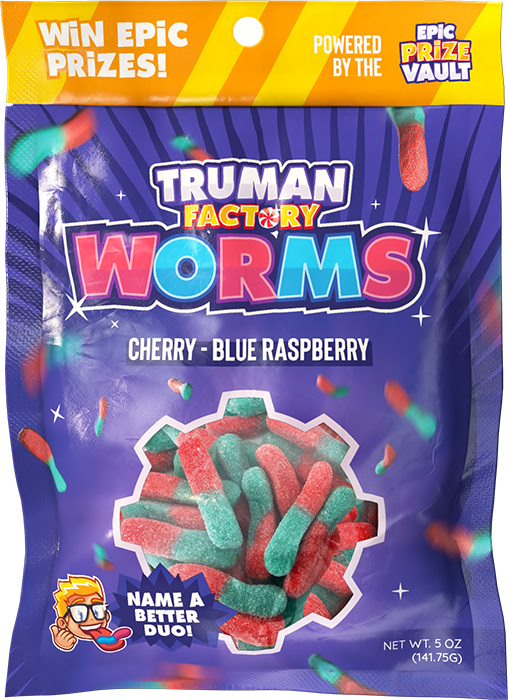 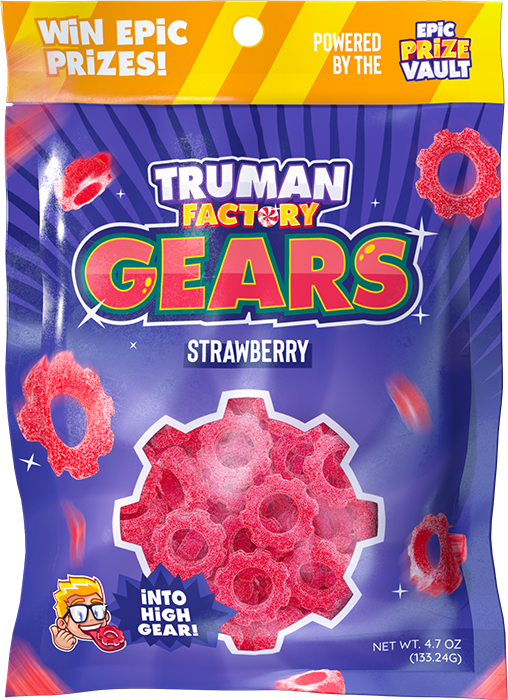 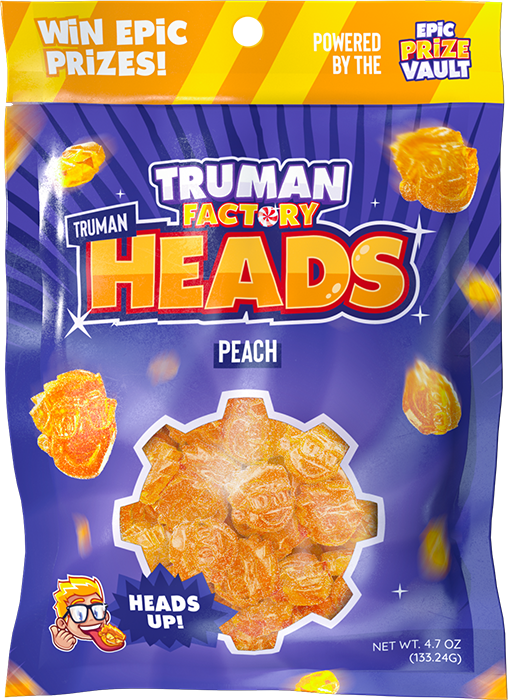 At Truman Factory everything is sweet so while our candy is of the highest quality, its also deliciously mouth watering and super scrumptious. We are always trying out new flavors and shapes to keep things epic and fresh.

Find your unique EPV code on the inside of any Truman Factory candy.

In 2016, Truman Wilson got inspired watching a kid's episode of Shark Tank. He thought if they could do it that young, he could too. So the Truman Factory was launched as a brand that focused on what his peer group loved most – gaming, tech, candy...and prizes!

It all started with Truman Bar, a delicious milk chocolate bar merged with a propriety rewards software, called Epic Prize Vault, to create a pioneering golden ticket experience. Over the last 3 years Truman Bar quickly grew like a rocket to a diverse base of customers, fans, creators and partners including wework and Hilton Hotels.

Truman Factory is now establishing it's brand in the ever growing market of content creators, streamers and gamers in general. The Factory is expanding its product line and hyping up the prize software, EPV 2.0, to create the most epic candy experience ever. Truman Factory is poised to be a brand backed by some of the biggest names in the Esports industry and is focused on scaling right along with the ever growing video game market. Be sure to look for Truman and The Truman Factory on your favorite YouTube channels and Twitch streams.

Find Us In Stores!

View Locations
Did you know that I was inspired when I was 11 years old and watching Shark Tank?